The girl postponed her marriage to attend Atif Aslam's concert

Atif Aslam said, give me a pen and I will give autograph on this placard. 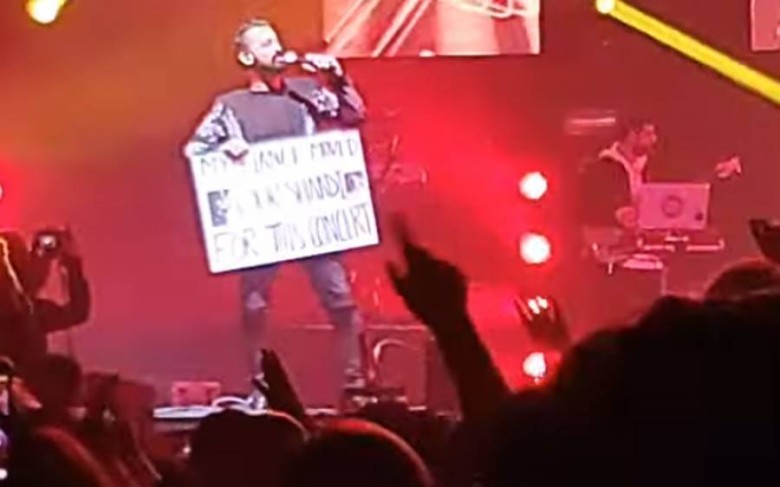 Toronto : There are many fans of Pakistani singer Atif Aslam all over the world who are eager to see a glimpse of him in life.

However, there is a fan of the Canadian singer who postponed his wedding by holding a concert of Atif Aslam on his wedding day. This fan got attention when he saw a poster in the hands of his fiancé which read: "My fiancé has postponed our wedding because of this concert."

The hall resounds with screams as the singers begin to read the text of the poster. At the same time, Atif asks the fan in an interesting way, "Where is my food after getting engaged?"

Later Atif Aslam says "Give me a pen and I will give autograph on this placard". Videos and photos of the concert in Toronto, Canada, are going viral on social media.

Atif saw the placards in the boy's hands and was attracted to them and then he was seen holding the said placards on the stage.