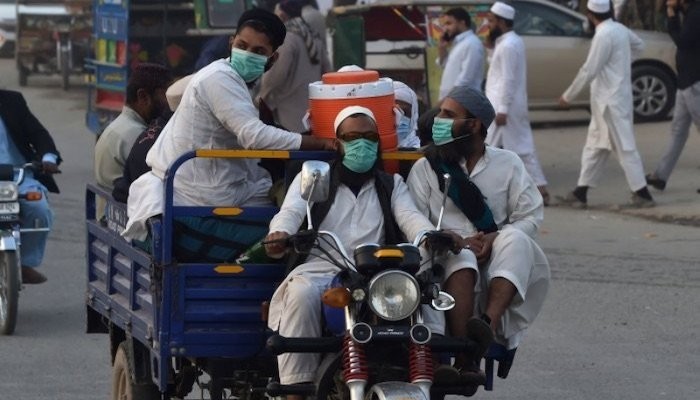 An AFP file image of a Karachi street.

Pakistan's case positivity rate jumped to 7.4% in the past 24 hours, the highest since December 17 as the country recorded an uptick of 3,097 new infections.

Data issued by the National Command and Operations Centre (NCOC) showed that 1,769 people tested positive for COVID-19 across Sindh on January 13, making up majority of the national single-day tally.

The last time Pakistan's single-day tally crossed the 3,000 mark was on December 18 last year when NCOC reported 3,179 infections. Active cases have also risen to 33,869 with at least 2,410 patients under critical care across the country.

Over 29,743 cases have been reported across the country since the beginning of the new year while 642 people have died. Last month, December 2020, the NCOC reported 80,796 infections.

Pakistan is currently in the grip of a second wave of infections with a new, more contagious variant of the coronavirus, first identified in the United Kingdom, detected in Sindh.

Furthermore, all provinces have banned indoor dining and limited timings for markets, shops, and shopping malls. Many areas in the country have been placed under smart lockdowns.

The education ministers announced the reopening of educational institutes in phases from January 25.