Indian Kashmir: In another attack, a Hindu female teacher was shot dead

A female teacher was shot dead inside a school campus in Gopalpura in the southern district of Kulgam in the Indian-administered region of Jammu and Kashmir. 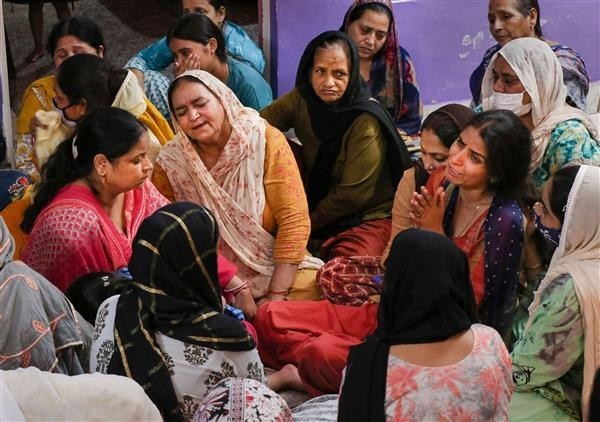 This is the seventh targeted killing in Indian-administered Kashmir this month, in which three policemen and four civilians have been killed. A Kashmiri Pandit, a government employee, was also killed that month, and a sit-in is still going on.

A female teacher was shot dead inside a school campus in Gopalpura in the southern district of Kulgam in the Indian-administered region of Jammu and Kashmir on Tuesday, May 31. According to police officials, this is the latest in a series of targeted attacks in Kashmir. 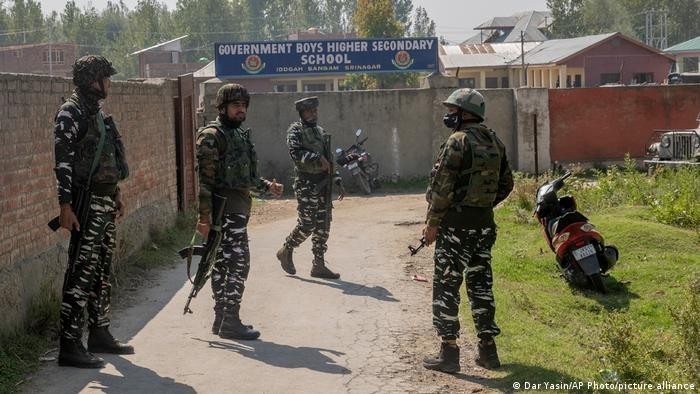 The local police said in a tweet that the victim, Rajni Bala, 36, belonged to the Samba sector of Jammu, and was critically injured in the shooting. He was rushed to a hospital but could not recover.

On the 11th of the same month, a government employee Kashmiri Pandit Rahul Bhatt was also shot dead in the Bandipora district. Due to this, there is an atmosphere of fear, especially among the Kashmiri Pandits and they have been on strike for several days demanding the evacuation of their community from the valley to safer places.

The sit-in has been going on for three weeks in the southern district of Anantnag and the adjoining Kulgam has witnessed a new incident of targeted killings.

A few days ago, a female artist, Amrin Bhatt, was similarly targeted and entered the house and shot dead. Police claim that all these operations were allegedly carried out by militants and on Tuesday morning, the police also claimed to have killed two people involved in these incidents in a clash.

The Hindu nationalist BJP government in India claims that the strict policies it has adopted in Kashmir since the repeal of Article 370 have reduced the violence and now the situation is returning to normal. However, other pro-India political parties reject this claim.

Condemning the killing of a female teacher, former Chief Minister Mehbooba Mufti criticized the Modi government's "fictitious claims" that the situation in Kashmir was normal. He said that the number of targeted killings of civilians was increasing with time and this was a matter of deep concern.

But since the repeal of Section 370, violence has also started against them and targeted killings have been going on since last October. Most of the victims are expatriate laborers and Kashmiri Pandits, who were in Kashmir in search of work and employment.