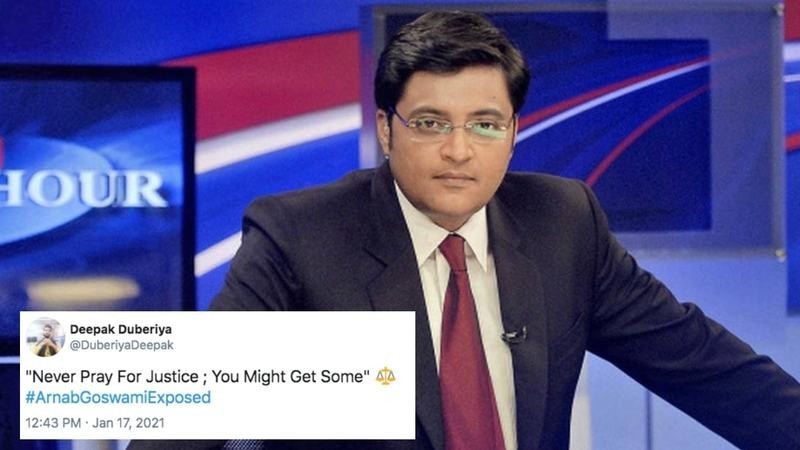 Evidence submitted by Mumbai police as part of an ongoing investigation on manipulation of television ratings suggests that Goswami knew of the Modi government's plan to stage a strike in Pakistan days before the Feb 26, 2019, Balakot episode between the two countries.

Police have included purported WhatsApp conversations between Goswami, chief editor of Republic TV, and Pratho Dasgupta – the incarcerated head of ratings company Broadcast Audience Research Council (BARC) – which reveal that the former texted the latter on Feb 23, 2019, saying: “On another note something big will happen,” referring to "Pakistan".

“Bigger than a normal strike. And also on the same time something major on Kashmir. On Pakistan the government is confident of striking in a way that people will be elated. Exact words used,” he had said.

Obviously, this bombshell of a news has exploded all over social media.

Trends, such as ArnabExposed and WhatsAppLeaks, cropped up on Twitter as trolls had their share of fun while others were enraged at the entire episode.