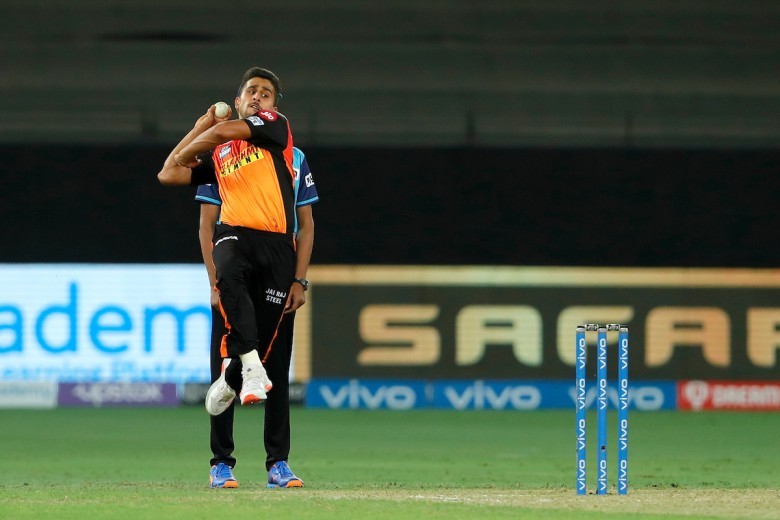 Whenever Indian-administered Kashmir finds a place in the world media, unrest, protests, and security issues are in the headlines, while good news from the region is seldom heard.

This time Imran Malik has changed this tradition a bit. Imran Malik, who was born in a greengrocer's house in Srinagar, did not let his dreams die despite the deteriorating security situation and now he seems to be succeeding in making his mark on the world cricket horizon. Cricket is also popular in politically troubled Indian-administered Kashmir.

Born on November 22, 1999, Imran Malik is representing Sunrisers Hyderabad in the Indian Premier League. Although he had already made a name for himself with his fast bowling, in one match of the current IPL season, he has made a fan club of his own with his fast smoky bowling against the Gujarat Titans.

The 22-year-old bowler took five wickets in the 40th match of the IPL 2022 edition. Although his fast bowling did not help the Hyderabad team win, Imran Malik gave a message to the Indian selectors that he was ready to join the Indian national cricket team.

Irfan Pathan is the fastest bowler from India, having bowled one ball at a speed of 153.7 kmph. Imran Malik has also surpassed Jaspreet Bhamra and Mohammad Shami in speed.

Irfan Pathan praised Imran Malik and said that successes will surely follow in the footsteps of this young bowler because of his speed and rhythm. Imran Malik is being called a 'diamond' in fast bowling while all the batsmen playing in the IPL are looking upset because of his bowling.

According to Vettori, the former New Zealand captain, since the World Cup will be held in Australia, where wickets naturally help Sam Bowler and bouncers give extra speed to fast bowlers like Imran Malik. Therefore, Imran Malik can be included in the Indian team.

Former Indian national cricket team captain Virat Kohli has also praised Imran Malik's bowling. According to him, it is not easy to bowl so fast and this is the specialty of Imran Malik. Similarly, many international and national cricket stars are calling Imran Malik the star of the future.

The first Kashmiri cricketer to be selected for the Indian national team was Pervez Ghulam Rasool Zargar, who could play only one ODI and T20 match for India.